PMC (Patiala Municipal Corporation) is the local body which has been given the responsibility for governing, development and management of the city as a whole. The body is further divided into 50 municipal wards.
Divisional Commissioner  Patiala Division
div[dot]com[dot]ptl[at]punjab[dot]gov[dot]in
District Administrative complex, Block A Mini sectt, Patiala
Phone No.: 0175-2311324
Fax: 0175-2311325

The district is the basic unit of administration. Patiala district is sub-divided into 5 sub-divisons/tehsils (Patran, Nabha, Patiala, Rajpura & Samana), 3 sub-tehsils and 8 blocks. It also includes Police Stations located in Patiala city and Patiala Rural for Criminal Jurisdiction and Civil Jurisdiction of sub-division Rajpura, Nabha and Samana and these are further divided into blocks. The other court in Patiala is the Labour-cum-Industrial Tribunal Court headed by the officer named, Ramesh Kumari. 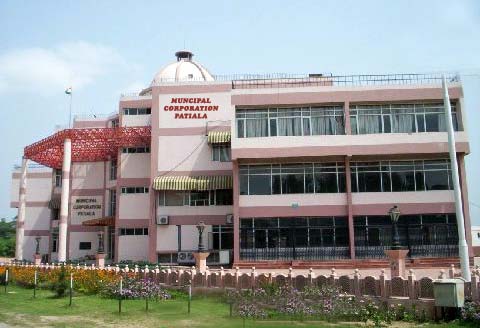 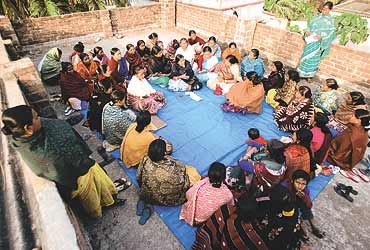 Deputy Commissioner in Patiala is the executive of the district. Responsibilities related to civil administration, local bodies, development and panchayats etc. are controlled by him and he is one of the most important personality in the administration. The Deputy Commissioner has an Office Superintendent under him, to supervise the work of the clerical staff.

As the District Collector, he is the highest revenue judicial authority in the district. In revenue matters, he is responsible to the Government through the Divisional Commissioner and the Financial Commissioner, Revenue. He is also the appointing authority for Patwaris and Kanungos and ministerial staff posted.

As District Magistrate, The Deputy Commissioner is responsible for the maintenance of law and order in the district. She supervises all Executive Magistrates of the district and controls and directs the actions of the police. She has supervisory powers over the administration of jails and lock-ups in the district.

The Sub divisional Officer (Civil) is a miniature Deputy Commissioner in his subdivision. In fact, under many revenue legislations, he is invariably vested with powers of Collector, to be exercised within his jurisdiction. He exercises direct control over the Tahsildars and his staff in his subdivision. He is the normal channel of correspondence between the Deputy Commissioner and the Tahsildar. He also plays an important role in the rural development programmes.

The officer incharge of a tehsil is called Tehsildar In revenue matters, both exercise the powers of Assistant Collector, as Circle Revenue Officers. He is a Class II gazetted officer of the State Government. He is assisted by a Kanungo, who is incharge of revenue records at the district headquarters. Further, there is the Patwari, who is a salaried Government employee at the village level and a prominent source of information to the collector. Also one of the most important functionary in the village is the Lambardar, who keeps an eye on the law and order in the  area and acts as the custodian of all government properties in the village.

He is the most important functionary in the village. He keeps an eye on the law and order in his area and the custodian of all government properties in the village.
Apart from the other government officials, MP’s and MLA’s who are responsible for the overall functioning, law & order, etc. of the district are as below:
Patiala has a District Rural Development Agency (DRDA) which caters to different anti-poverty programmes and also monitors the implementation of the programmes below:
Swaranjayanti Gram Swarozgar Yojna (SGSY)

This scheme is centrally sponsored by the Government of India and State Govt. for reduction of poverty and it is implemented as per the GOI guidelines. Families below poverty line are benefitted from this scheme. The benefits are provided through the below modes:
Self-Help Group(SHG)
Individual Swarozgar

Funds are being provided to the SC category families to help them start any work for their in order to increase their income.
Apart from the above schemes the other developmental campaigns are also taken care by the district of Patiala as per the Govt. instruction, mentioned below:

People living in Patiala can approach the consumer court with their problems faced by a recently bought products and services. If they are not given the right product or the product is in damaged condition or they have been cheated on any services purchased by them, they can take the issue to the consumer court.
Also Patiala Central Jail is the biggest jail of Asia and is known as Jail Training School.