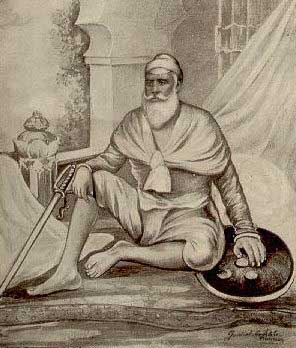 Patiala, an erstwhile princely state, and also the capital of PEPSU (Patiala and East Punjab States Union) and the district headquarters of Punjab. It is the administrative headquarters of Patiala District. It is situated in the Malwa region of Punjab which has the largest number of districts in the reorganised Punjab. It presents a beautiful and fine blend of modernity and tradition which even a normal visitor can feel and experience. It is the, “City of palaces, gardens and Museums” and a fine mixture of Rajput, Mughal and Punjabi cultures.

Patiala is known for its three P’s (Peg, Pagri, Paranda) and Jutti. Patiala is a home town of popular people like cricketers Navjot Sidhu, Reetinder Sodhi and Mohinder Amarnath Bollywood Stars- Om Puri, Jimmy Shregill and Punjabi Singers Harbhajan Mann and Gurdas Mann etc. And not only is this even the first Indian to go on space, Rakesh Sharma, also from Patiala. Patiala is also considered as a centre of Education.

Baba Ala Singh laid the foundation of Qila Mubarak in 1763. The whole city of Patiala is made around this fort. Patiala has witnessed forty years of struggle with the Mughals, Afghans and Marathas under the reign of Ranjit Singh and the British, after which the grit of survival and making the right choice at the right time forced the Raja of Patiala to enter the treaty with the British against Ranjit Singh in 1808. Ideally, it was Maharaja Bhupinder Singh (1900-1930) who gave the Patiala State a prominent place on the political map of India and international sports. Most of the building with nice architectural designs were constructed during his period. 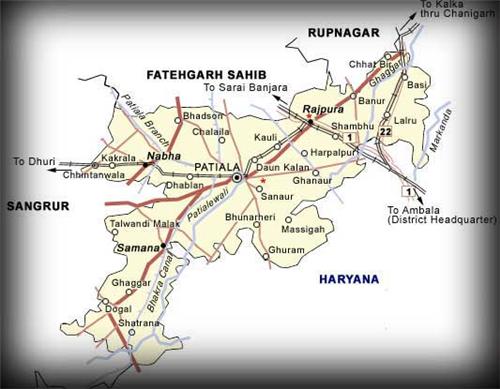 The city is a consumer goods emporium. Colorful Parandas, Nalas, Chunnies and Patiala Juttis embroidered in Gold Thread and Phulkari motifs are unique handicrafts of Patiala. Patiala has a distinct "patialavi" culture and has evolved a very distinct style of architecture. Maharaja Narinder Singh was a great lover of art, architecture and music. During his period Sheesh Mahal, Moti Bagh Palace, Baradari Palace and Banasur Bagh were designed. Being a music lover he also encouraged classical music which in turn resulted in the rich creation of Patiala Gharana, one of the famous music in classical genre of music.

It is also well-known for its famous Patiala Heritage Festival started in the year 2003, with the support of Patiala Heritage Society, which showcase the talent of the Patialvis. This is an annual programme held in the month of February. It is conceived and planned as a cultural fest/event, showcasing the various aspects of art, music, sports etc. It is a way of showing the creativity of the people in the state and injecting a fresh lease of life to them. And, this is not only meant for the people in Patiala but is organised for the entire state of Punjab as well

Patiala is known for its historical monuments, gardens etc., which are exotically designed. Few of those important places in Patiala are as below:

A traditionally rich city in terms of history, Patiala embodies the spirit of princely status of the State of Punjab. A proud and great history makes it a very interesting and academically relevant place. There are also a lot of historical places to visit in Patiala.