Patiala in Punjab has been a land of royals and the Kings who have lived here have left behind legacies that make Patiala a really splendid place. Following their passions and instincts of creating magnificent legacies, the Maharajas have built some great clubs and other places of interest here.

One such place that attracts the attention of one and all is the Rajindra Gymkhana and Mahindra Club. The club speaks volumes about the love for sports in Patiala and the steps taken by the Maharajs to turn the love into something substantial that remains for everybody to enjoy. 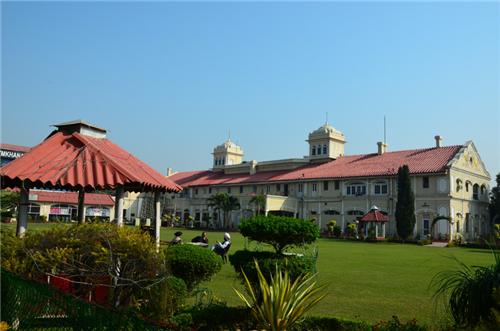 History and Genesis of Rajindra Gymkhana and Mahindra Club in Patiala

The Rajindra Gymkahana and Mahindra club is a very old club that was built in the 1890’s. The efforts and interest of Maharaja Rajindra Singh made it possible to have such a splendid club that has witnessed some great moments of cricket in the past.

The club is located in the heart of Patiala city in the magnificent greenery of Baradari Gardens. The building speaks of grandeur with its red tiled and tilted roof. It is a testimony of the grandeur and rich taste of the rulers of Patiala. Maharaja Rajindra Singh, an avid cricket enthusiast constructed a cricket pavilion and it was named Patiala Cricket Club. Squash was also one of the sports that was played in the club.

In the 1920’s the club added more sports to its offerings and the name was also changed to Rajindra Gynkhana Cricket Club. Maharaja Bhupindra Singh continued the legacy of Maharaja Rajindra Singh and many foreign teams visited the club to play cricket matches in the Baradari Ground.
After the creation of PEPSU Maharaja Yadvindra Singh assumed command of PEPSU and the club too was looked after under his stewardship. The name was slightly modified to Rajindra Gymkahana and Mahindra Club. Today also the club is a strong association with a membership of 2,800 members.

Facilities in Rajindra Gymkhana and Mahindra Club in Patiala

The Club has a badminton Hall that has two courts with wooden flooring. The courts are of international standard and coaching for children is also available. The hall came into existence in 2001 and was constructed under the careful supervision of Chief National Coach T P S Puri and International player   Mr Vinod vatrana.

The billiards room in the club is since the time when the building was constructed. The billiard room was previously on the ground floor but it was shifted to the first floor in the 1990’s. There are a total of three billiards table in the room.

The club also has facility for table tennis enthusiasts. A state of the art Table Tennis Hall was built as recently as in 2012. It has been built in the memory of Dr. Bipin Saronwala. The hall was inaugurated with great fan following and invitation matches were played during the opening in which international table Tennis player Kamlesh Mehta also took part.

The Club has a beautiful jogging track that has beautiful surroundings and is bordered by trees like gulmohur, chakrasia, silver oak, amaltas, silver palm etc. It is pure delight for nature lovers and health enthusiasts.

Good health is something that is treasured and cherished by the Club. There is a multispeciality gymnasium for members where they can sweat it out to keep themselves in the best of shape. There is a trainer who to guide the members in all aspects of exercising and weighlifting.

The squash facility is one of te oldest facilities that was provided by the Club. It was built in 1890’s by Maharaja Rajindra Singh. It has the distinction of being one of the oldest squash courts in the country. The court was built with te help of expertise of wood craftsmen from China. Many national and international players have played in the court

One of the favorite destinations for the members in the scorching summer months, this is also one of the oldest facilities of the Club. The swimming pool is thronged by up to 300 members on a given day during the summers. A small pool side gymnasium has also been constructed recently. 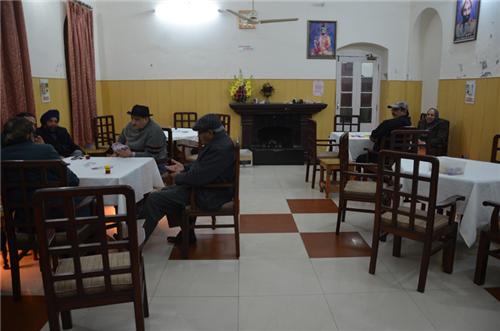 There is also opportunity for members who enjoy the odd game of cards. It is a good recreational activity where only low stakes are permitted for the sake of recreation. Rummy and Bridge are the two games which the members are allowed to play here. This facility is generally made use of by senior citizens.

General Rules  for Sports Facilities in the Club

The club functions on certain rules and regulations that are mandatory to follow. The sports facilities are not open on Mondays and dress code is a must. Guest charges are also applicable and regular sports charges are Rs 300- Rs 400 per month.

Explore more about Entertainment and Nightlife in Patiala